Hans-Georg Ziebertz, Dr.theol.habil., Dr.rer.soc., is Professor of Practical Theology/ Education at the Faculty of Theology, Wuerzburg.  He is involved in interdisciplinary research groups at his university (Board of the Graduate School; School of Education; Media research; Religion and Modernity; etc.). Prof. Ziebertz is a member of several international academic societies and editing boards of international academic journals. He is president of the International Society of Empirical Research in Theology (ISERT). Prof. Ziebertz has received a number of research grants: Creation and ecology (Dutch Science Foundation 1993-1999); Images of God and Gender (German Science Foundation/DFG 1998-2002); Religious Individualisation and Christian religion (DFG 2000-2004); Gender in Religion (DFG 2000-2004); Religion and Perspectives on Life (DFG 2002-2006); Religion, Identity and Multiculturalism (DFG 2005-2008); and Religion and Human Rights (DFG 2006-2009).  He also participates at the WAVE-project “Welfare and Values in Europe” (EU 6th framework).  Prof. Ziebertz is a member of the evaluation committee of the National Research Programme “Religion, State and Society” (2006-2010) in Switzerland. Scientific Councils in The Netherlands, Austria, Korea, Israel, Switzerland, Great Britain, Finland and Germany have invited Prof. Ziebertz as reviewer of research projects and programmes. He is member of the collegium Theology of the German Science Council (DFG). For the European Commission/CoE, Prof. Ziebertz participates as expert at the programme “Fostering Human Rights in South-Kaukasus and Ukraine” (2006-2008).

Kirsi Tirri, Ph.D., M.Th., is a Professor of Religious Education at the Department of Practical Theology at the University of Helsinki, Finland and a visiting Professor of Religious Education at King’s College, (2006-2009). Currently she is a visiting scholar at the center on adolescence at Stanford University. Her research interests include moral and religious education, teacher education, gifted education, adolescence research and cross-cultural studies. She is a project leader of several national and international projects related to these fields. Academy of Finland has funded three of these projects during the years 1996-2007. The most recent project funded my Academy of Finland (2007-2008) is related to moral education and citizenship education.  Two of the European projects are Socrates Comenius projects funded for years 2006-2008. The topics of the projects deal with diversity and urban schools and educating through diversity in Europe. Dr. Tirri serves in many European editorial and research boards. She has published in such journals as British Journal of Religious Education, Journal of Empirical Theology, Journal of Moral Education, Teaching and Teacher Education and The Journal of Education for Teaching. She is a member and active contributor to the American Educational Research Association, the World Council for Gifted and Talented Children and the European Council for High Ability. She has served as a national delegate, executive board member and member of general committee in ECHA during the last ten years. She was the Chairman of the 10th ECHA conference in Finland in September 2006 and is now the President of ECHA. You can read more of her work from the www-page: www.helsinki.fi/~ktirri.

Leslie J Francis MA, BD, DD (Oxford), PhD, ScD (Cambridge), DLitt (Wales) is Professor of Religions and Education within the Warwick Religions and Education Research Unit at the University of Warwick. During the past six years he has held and managed research grants totalling over £1M including projects funded by the British Academy, the Arts and Humanities Research Council, the Department for International Development and the Welsh Assembly Government. He takes an active part in a number of international research associations, including the International Seminar for Religious Education and Values (where until recently he chaired the academic committee), the Religious Research Association, the International Society for Empirical Research in Theology (where he serves as vice president), the Rural Theology Association (where he serves as president), the American Psychological Association (for which he received the Bier Award for progress in the psychology of religion in 2006) and the Society for the Scientific Study of Religion. He has a well established record of lecturing, collaboration and co-publication with colleagues in Australia, Canada, Israel, and the United States of America. Current collaborative projects also include Czech Republic, Finland, France, Germany, Hong Kong, Netherlands, New Zealand, South Africa and Sweden. Currently he serves as editor of Rural Theology, co-editor of Archive for the Psychology of Religion and associate editor of Journal of Beliefs and Values.  He also serves on the editorial boards of British Journal of Religious Education, British Journal of Theological Education, Implicit Religion, International Journal for the Psychology of Religion, Journal of Empirical Theology, Journal of Research on Christian Education, Mental Health, Religion and Culture, and Pastoral Psychology.

Dr Chris Hermans is Professor in Empirical Theology (since 2003) and Empirical Study of Religion (since 2007). From 1992 until 2003, he was an associated Professor of Identity of Catholic Schools and Religious Education. Hermans is a member of several international academic societies and editor of the Journal of Empirical Theology (Brill, Leiden). Since 2001, Hermans is research director of a research center on religious education and identity of catholic schools (5.4 fte). He received research grants from governmental research funds: ‘Development of autonomy in moral education’ (Zwo/Stegon 1988-1992); NWO-grant ‘Children’s understanding of religious metaphors’ (1993-1998); ‘Understanding parables and similes in religious education’ (SVO 1989-1991); ‘Interreligious learning’ (SVO 1993-1994) and ‘Attitudes of teachers in primary schools towards moral and religious education’ (SVO 1994-1995); ‘Religion, Violence and Generalized Trust: Comparative research among Christian and Muslim students in Indonesia‘ (KNAW & department of theology 2005). He received many research grants from non-governmental research funds: ‘Religious and moral consciousness of trainee teachers’ (IKO 2001-2005); ‘Collective identity of Catholic Schools; A conceptual study based on Paul Ricoeur’ (IKO 2001-2006); ‘Realistic learning task in an authentic socio-cultural context’ (IKO 2001-2007); ‘Teacher-student interaction in interreligious learning’ (2002-2008); ‘School-parents partnership’ (IKO 2002-2007); ‘Competences of teachers in civic education” (IKO 2007-2012). He supervised seven PhD’s (three of which were defended in 2007). 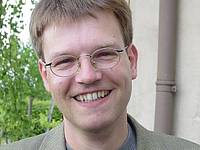 Dr Ulrich Riegel is Professor of Practical Theology/ Religious Education at the Department 1/ Catholic Theology, Siegen. He is involved in several joint research projects, partly national ones (‘Learning with your body in religious education’ in cooperation with Michael Fricke, University of Gießen), partly international ones (‘Religion and Life Perspectives’ in cooperation with partners of 10 countries; ‘Perspectives on Teaching Religion’ in cooperation with partners of 16 countries out of the TRES-Network, funded by the Socrates-Programme). Since 2006 Prof. Riegel is secretary of the International Society of Empirical Research in Theology (ISERT), and therefore responsible for the organisation of the ISERT conferences 2008 at Wuerzburg and 2010 at Rome.

Francis V. Anthony (India) is professor of practical theology at the Salesianian University (Rome); his expertise is on Asian spirituality in Europe.

William K. Kay (United Kingdom) is director of the Center of Pentecostal and Charismatic Studies at the University of Wales; his expertise is about Pentecostal spirituality and practice.